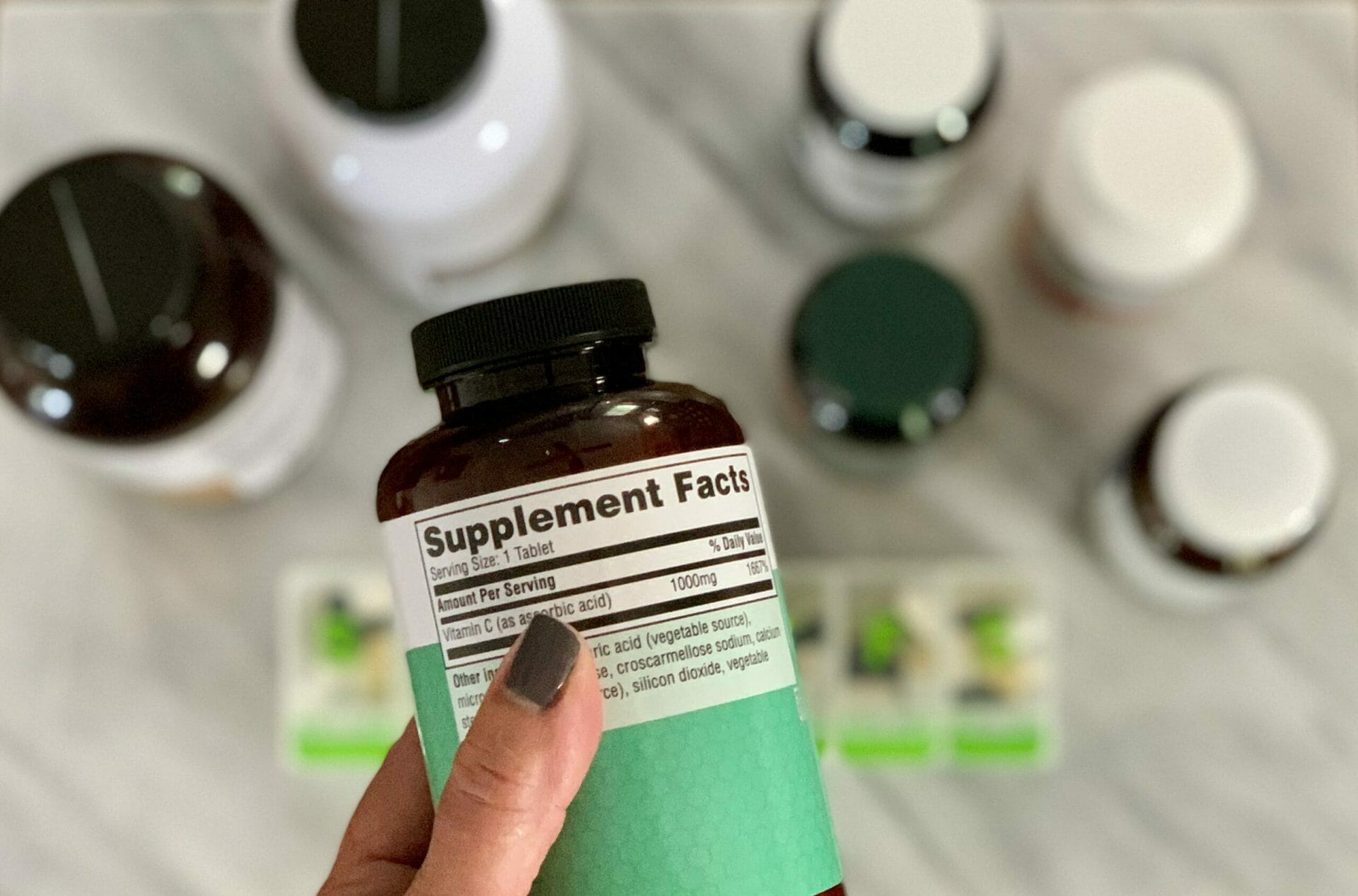 Malaysians increasingly appreciate consumer health products such as vitamins and dietary supplements, believing that taking supplements can help them improve their health and wellness. Indeed, Malaysian consumers are spoiled for choice when it comes to health supplements, thanks to the wide range of supplements available and the presence of established international brand names in the local market such as Nutrilite, Live-well, Blackmores, and VitaHealth. Manufacturers of vitamins and dietary supplements have also used aggressive promotional campaigns to boost the popularity of health supplements.

The Malaysian market for vitamins and dietary supplements has grown rapidly over the last decade, with retail sales more than doubling from RM940.4m (USD248.3m) in 2005 to RM1.9b (USD572.6m) in 2014. Over the last ten years, this represented a compound annual growth rate (CAGR) of 7.0 percent. Retail sales of vitamins and dietary supplements increased 7.9 percent year on year in 2014, from RM1.7 billion (USD545.3 million) in 2013, slightly exceeding the 10-year CAGR of 7.0 percent.

Tonics and bottled nutritive drinks have grown in popularity over the last decade, among other product categories. These include BRAND’S ® Essence of Chicken and health and beauty drinks by NH Colla Plus and Kinohimitsu, particularly popular with female consumers.

Non-herbal/traditional dietary supplement retail sales grew at the second-fastest rate over the last decade, more than doubling from RM278.4m (USD73.5m) in 2005 to RM576.2m (USD177.9m) in 2014. This represented a CAGR of 7.5 percent, which was slightly higher than the industry CAGR for the same period.

Retail sales of herbal/traditional supplements, vitamins, pediatric vitamins, and dietary supplements grew at a slower rate of around 5.0 percent over the last decade, falling short of the industry average of 7.0 percent.

It’s worth noting that probiotic supplements were the most popular supplements in 2014, with the highest annual growth rate of 15.4 percent of all supplements. Probiotics are popular for their digestive health benefits (Ciorba, 2012; Nagpal et al, 2012; Kailasapathy, 2013), with lactobacillus and Bifidobacterium being the most commonly used species or strains. In terms of market share, retail sales of probiotics totaled RM9.0 million (USD2.8 million) in 2014, accounting for less than 1% of total vitamins and dietary supplement sales for that year.

Tonics and bottled nutritive drinks accounted for 18.0 percent of total retail sales in 2014, or RM333.0 million (USD102.8 million). Their market share has nearly doubled from 10% in 2005, thanks to a meteoric rise in popularity.

Amway maintained its local market leader position in vitamins and dietary supplements in 2014, with total retail sales of RM302.2m (USD93.3m) accounting for a 16.3 percent market share. Amway has successfully defended its top position over the last decade with its popular international brand name Nutrilite, which offers a comprehensive portfolio of vitamins and dietary supplement products. Furthermore, the company has a strong network of direct sellers for its products. However, due to increased competition from other market players, its market share declined from 19.4 percent in 2005.

Cerebos had the second largest market share in vitamins and dietary supplements, accounting for 9.1 percent of total retail sales of RM169.5 million (USD52.3 million) in 2014, thanks to its popular Brand’s ® products, particularly Brand’s Essence of Chicken. Its retail market share has also increased significantly since 2005 when it was 5.2 percent. Cerebos acquired a market share of nearly 51 percent in the category of tonics and bottled nutritive drinks in 2014.

USANA was the third most popular brand in vitamins and dietary supplements in 2014, with retail sales of RM121.1 million (USD37.4 million) and a market share of 6.5 percent. The US-based company, which has been active in the Malaysian market since 2007, is a direct seller of health supplements, weight management products, and personal care items.

Elken is yet another direct selling company for health supplements, as well as a manufacturer of water purification systems. In 2014, the company was ranked as the fifth most popular brand with a market share of 4.8 percent, with total retail sales of RM88.2 million (USD27.2 million).

In 2014, these five brand names had a combined market share of 42.4 percent, with combined retail sales of RM787.3m (USD243.0m). Other well-known brands, such as Blackmores, Herbalife, and Kordel’s, each accounted for less than 4% of the vitamins and dietary supplements market in 2014.

According to Euromonitor International (“Euromonitor”) sales projections, vitamins and dietary supplements will continue to grow strongly in Malaysia. This is supported by rising health awareness, rising non-communicable disease incidences, and rising Malaysian affluence, as consumers believe that taking supplements will help them improve their health or alleviate existing health conditions.

Euromonitor predicts that sales of vitamins and dietary supplements will reach RM2.2 billion (USD669.3 million) by 2019, up from an estimated RM1.9 billion (USD572.6 million) in 2014. This would represent a significantly lower CAGR of about 1.6 percent compared to a historical CAGR of 7 percent from 2005 to 2014, indicating a maturing market.

Dietary supplements are expected to account for the largest proportion of total projected sales of RM2.2 billion (USD669.3 million) in 2019, accounting for RM1.2 billion (USD377.4 million), albeit with a smaller market share of 56.4 percent compared to 58.3 percent in 2014.

Pediatric vitamins and dietary supplements are expected to maintain their 2.7 percent market share in 2019, with sales of RM57.6 million (USD17.8 million).

As discussed below, Euromonitor has identified three key trends and developments that are expected to influence demand for consumer health products in Malaysia:

1. Herbal/traditional health products will continue to be popular

Health supplement manufacturers in Malaysia are expected to introduce newer herbal/traditional supplements to local consumers in this regard. Euromonitor predicts that retail sales of herbal/traditional supplements will reach RM545.1m (USD168.3m) by 2019, up 7.9 percent from an estimated RM505.4m (USD156.0m) in 2014. However, the 2019 sales forecast would represent a slight decrease in market share from 27.1 percent in 2014 to 25.1 percent in 2019.

2. Changing lifestyles and demographic patterns in Malaysia will have an impact on the demand for health care products

Several key trends in Malaysian lifestyles and demographics are expected to shape future demand for health care products. According to a 2014 study published in the Lancet medical journal, Malaysia has the highest obesity rate in Asia, with 45.3 percent of its population classified as obese. Obesity was diagnosed in 49 percent of Malaysian women and 44 percent of Malaysian men.

This has serious implications for the prevalence of non-communicable diseases (NCDs) in Malaysia, such as cardiovascular disease and diabetes, because obesity is a major risk factor for NCDs. According to World Health Organization (WHO) statistics, ischemic heart disease and stroke were the top two causes of death in Malaysia in 2012, accounting for more than 30 percent of total deaths.

With the prevalence of heart disease increasing in Malaysia, consumers who are aware of the heart health benefits of consuming omega 3-6-9 fatty acids (both fish and non-fish oils) may increase the demand for these supplements. According to Euromonitor, retail sales of fish oils/omega fatty acids in Malaysia will rise 19.8 percent from RM94.8 million (USD29.3 million) in 2014 to RM113.6 million (USD35.1 million) in 2019, accounting for 5.2 percent of total retail sales of vitamins and dietary supplements in 2019.

In terms of demographic trends, Malaysians, like those in other Asian countries, are getting older. By 2043, the proportion of the elderly population aged 65 and up will have doubled to 14%, up from 7% in 2020. As the population ages, the prevalence of osteoporosis and osteoarthritis is expected to rise, potentially increasing demand for supplements such as calcium and glucosamine, which are known for their benefits in supporting healthy bones and joints.

According to a survey conducted by Google and TNS, a global market research firm, Malaysia is ranked as one of the top five nations in terms of smartphone usage, with 51 percent of smartphone users outnumbering 39 percent of computer users. Malaysia is also number one in terms of smartphone Internet access exclusivity, with 35% of Malaysian smartphone users surveyed relying solely on their smartphones to access the Internet. Furthermore, according to World Bank data, Malaysia’s internet penetration rate was 67.5 percent in 2014, higher than most of its ASEAN neighbors except Singapore (82.0 percent) and Brunei (68.8 percent).

The high level of internet-savvy among Malaysians could have two effects: one, raising awareness of health-related issues, especially with the introduction of popular health websites such as MayoClinic.com, WebMD, and Mercola.com; and two, increasing retail sales of health care supplements through online channels. As a result, technological advancements in Malaysian society may increase the demand for healthcare products.